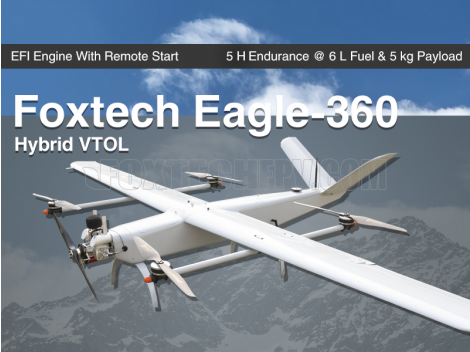 Eagle-360 provides EFI and carburetor engine to be chosen, and there is also a DGPS version.

The Eagle-360 is made of pure carbon fiber material, which is very light, sturdy and durable to provide the VTOL with longer service life, higher stability, lighter structure, and less maintenance.

The engine uses a double damping design to reduce shaking when the engine at idle. Remote start allows the engine to start/restart in the air after taking off to reduce the idling time, thus the carbon deposition will be reduced. RPM measuring informs the operator of the performance of the engine, so to minimize wear and damage to the equipment. The EFI version also provides fuel level estimation to realize fuel consumption in-the-air monitoring.

The ESC used for Eagle-360 can filter out shakes and noises caused by the rotation of propellers so that the attitude measurement is more precise and the flight is smoother. It also supports ESC telemetry, i. e. transfer ESC and motor working status, including the temperature of ESC, the voltage, current, and RPM of the motors, to the operator. With this function, the operator can check the working condition of the propulsion system in real time, and enjoy a safer flight.

Eagle-360 adopts DGPS technology (optional), which spares the operator the need to calibrate and eliminate electromagnetic interferences when using a compass. Higher positioning accuracy can be obtained via dual GPS since two GPS both can get satellite signals and do the rectification with each other, as well as attitude self-correction.

The aileron control surface is larger and directly driven by the servo, so the roll angle is expanded up to 40° and the transmission efficiency is improved.

0.25 m clearance to the ground and large payload cabin provides enough space for current mainstream gimbals/cameras to carry out different missions, including but not limited to aerial photography, search and rescue, filming and inspection, etc.

It is suggested to use 92# gasoline and 2T engine oil with a mix ratio of 40:1 (gasoline-engine oil) 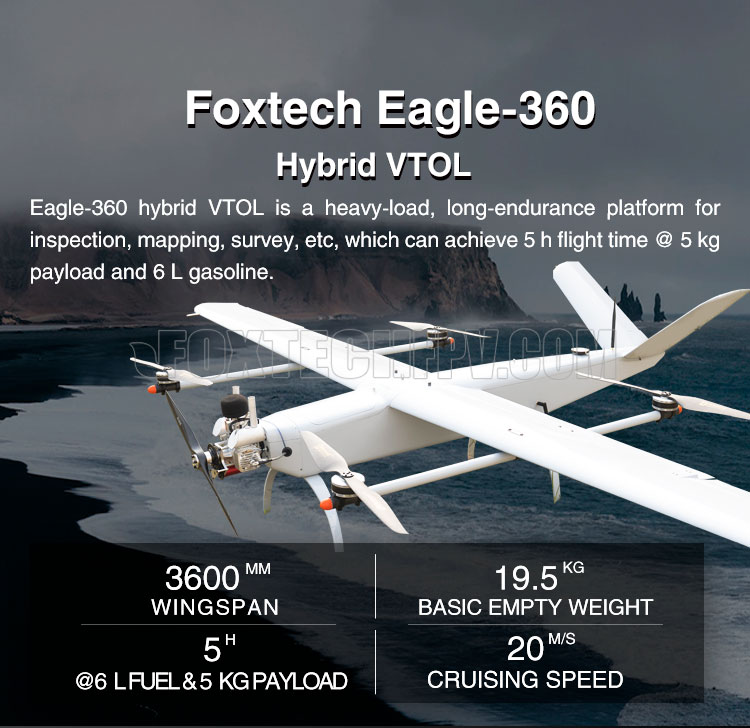 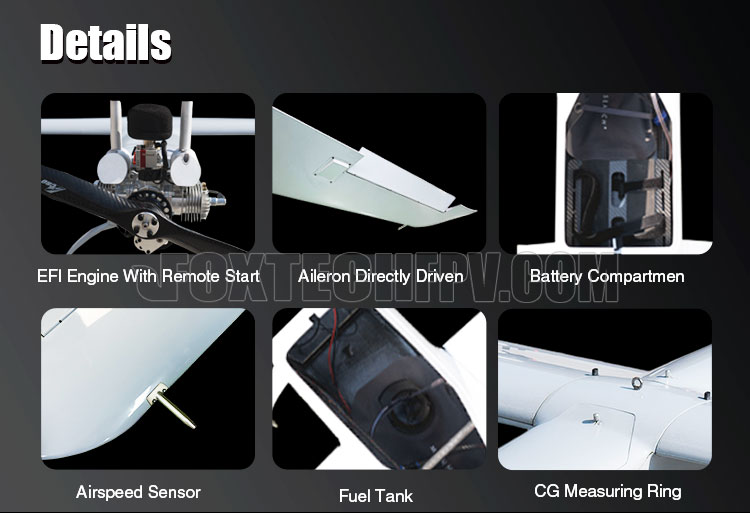 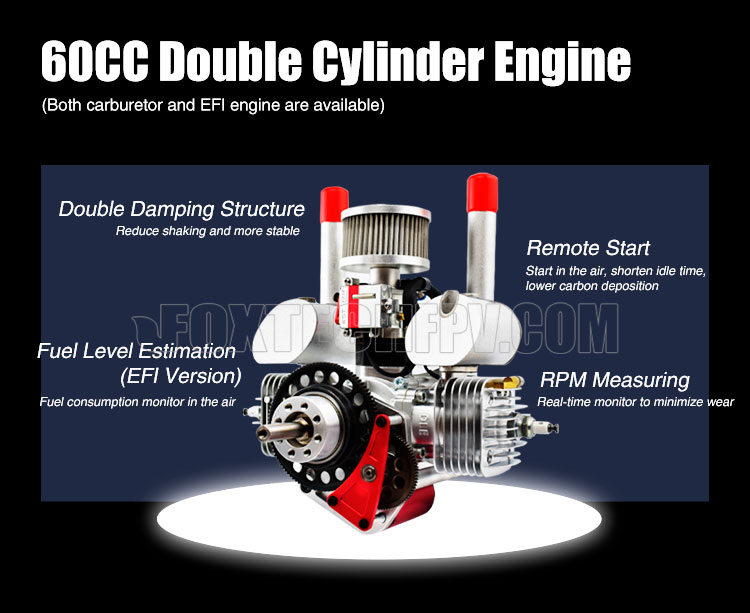 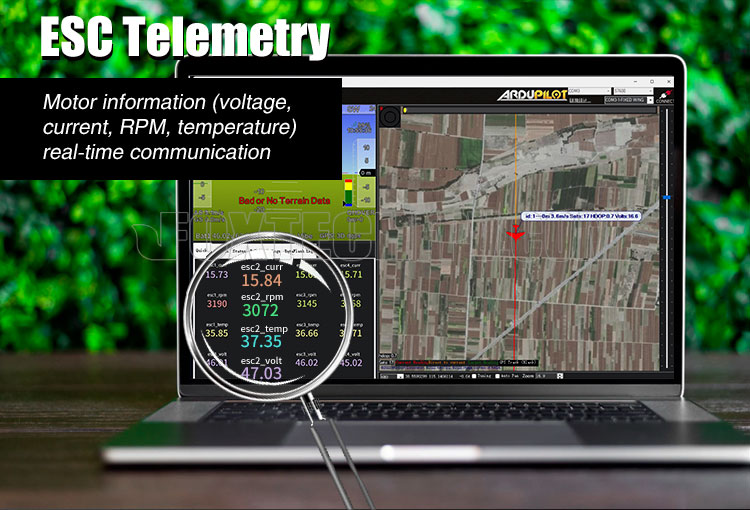 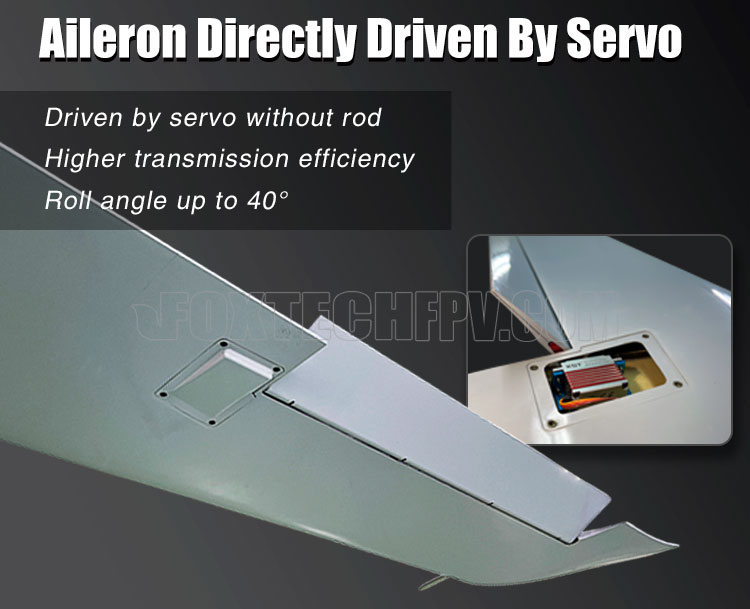 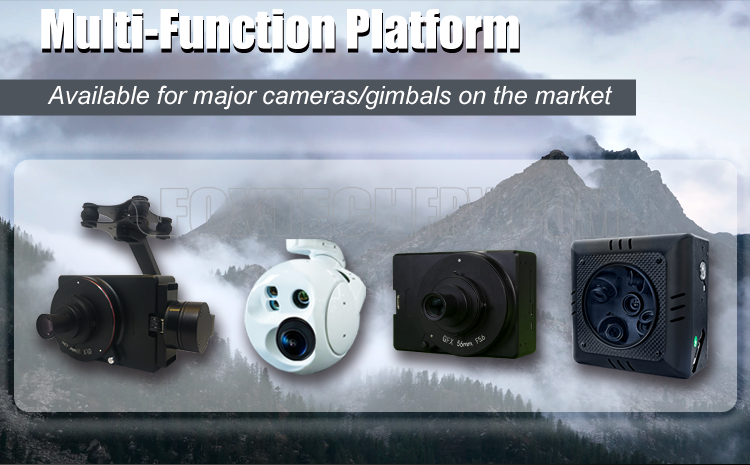 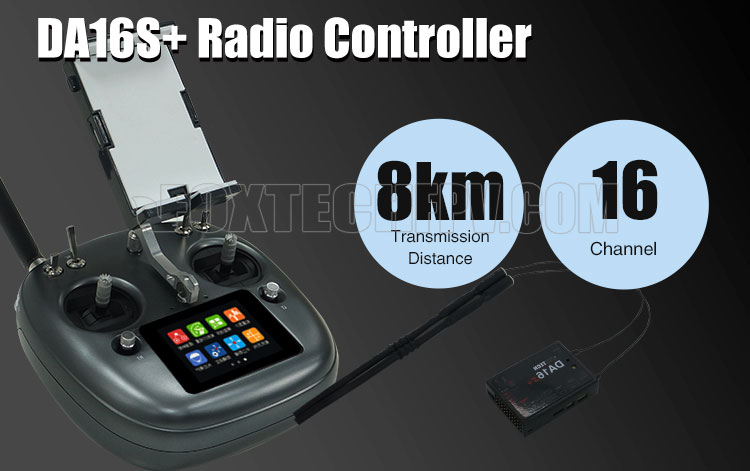 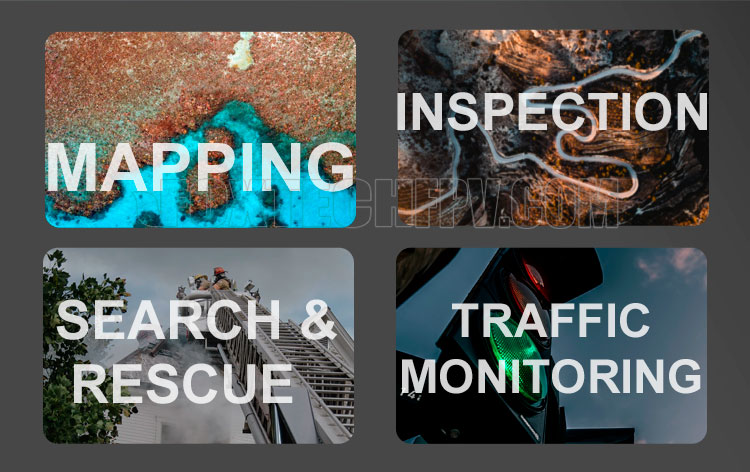 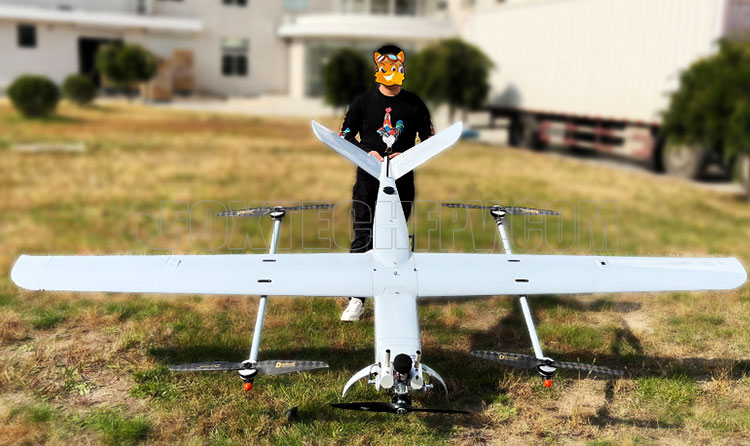 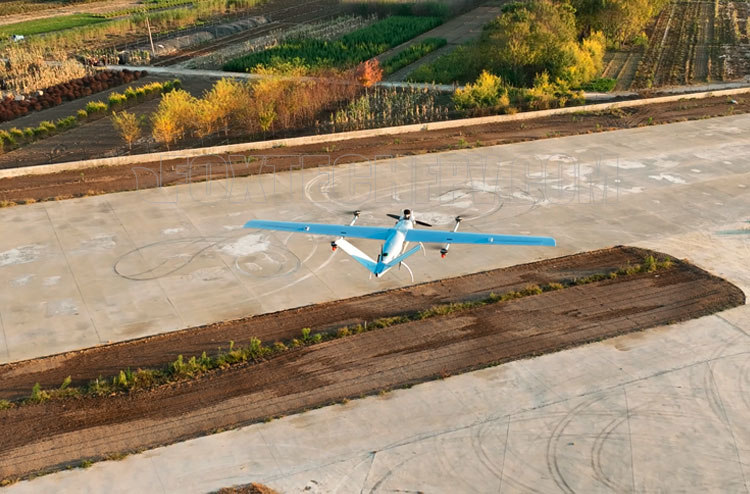