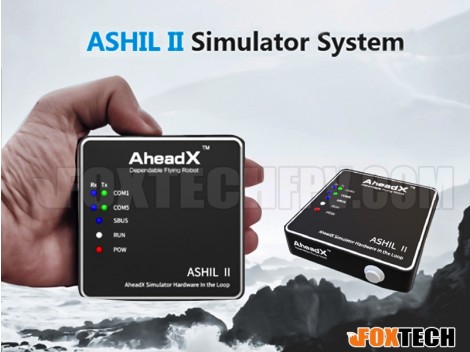 ASHIL II requires no 220V power supply as the former version, it needs only a USB cable connecting to PC for power supply.

Both novice pilots and experienced professional pilots can improve their professional flying skill through different stages of flight training, building a solid foundation for their actual flight operations eventually.

- Easy to use, giving you a quick start

- No need of 220V power supply as the former version, ASHIL II only requires power supply from PC with a USB connected

- Reserving a Sbus port for linking a receiver, which makes manual mode possible 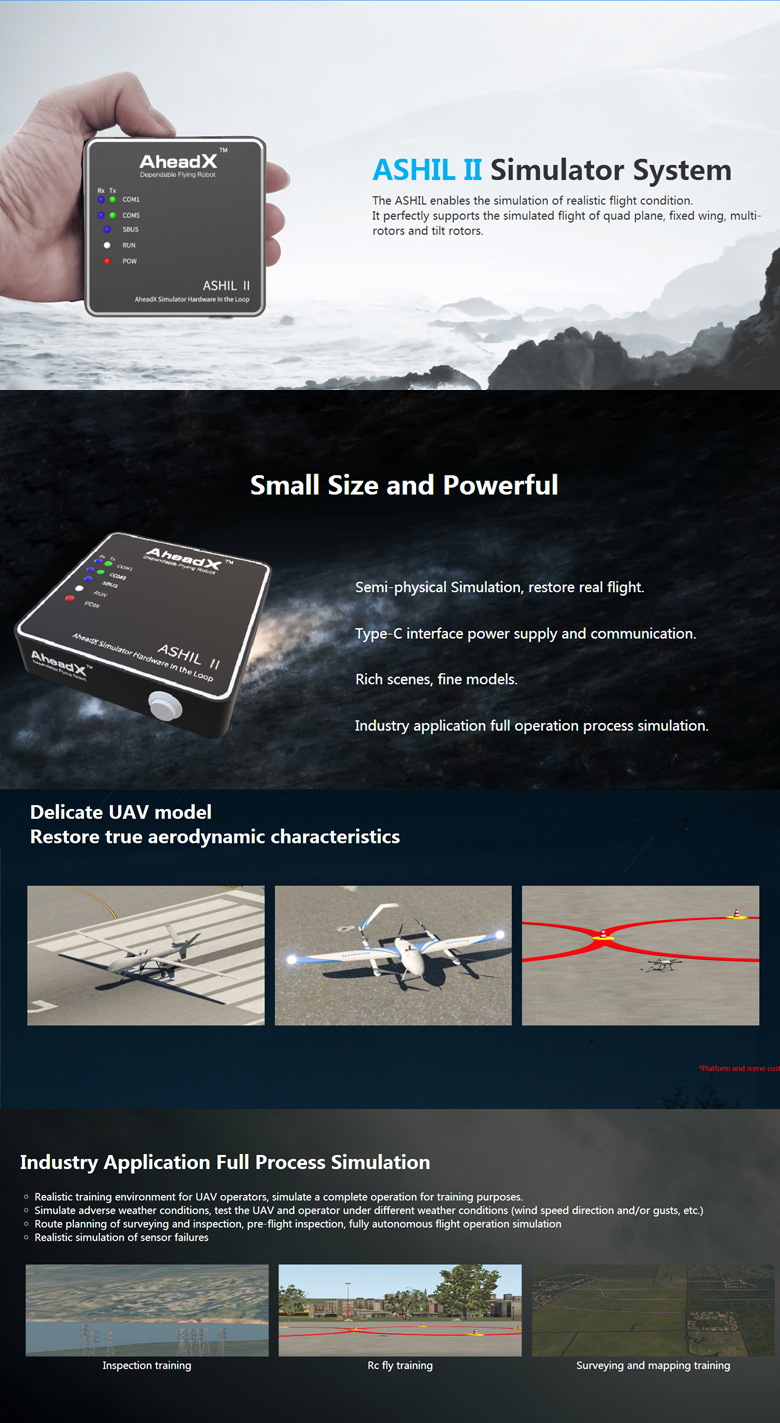