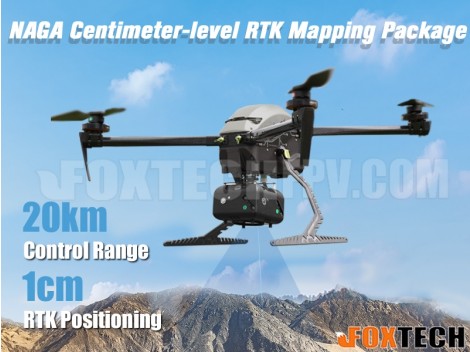 - Forged from a combination of carbon fiber, PCB and CNC, NAGA is both light, 5.4kg including a battery and tough, allowing flight mission under a wide temperature range of -10℃-55℃.

- With a built-in 14S 14000mAh high voltage li-ion battery, the flight time boosts up to 90 minutes with no payload, and it still reaches 45minutes with 2.5kg payload.

- A set of built-in antenna shields from dust and moist.

- Self-locking propellers spare the need for tools to mount.

- Under circumstances when Naga is in low voltage status or loss of signal, Return to Launch failsafe will be automatically triggered to save the day.

- Plan the flight path that can be saved for future mission on either Herelink 5.5" inch touch screen or on MissionPlanner/PC after linking herelink with PC through WiFi / Bluetooth/USB, drone flying becomes programmable and as simple as anyone can master. Alternatively, Herelink also serves as a streaming media server that delivers video and data (WAN) among team members on their devices like an ipad, mobile phone or PC, allowing a simultaneous team participation in the mission. 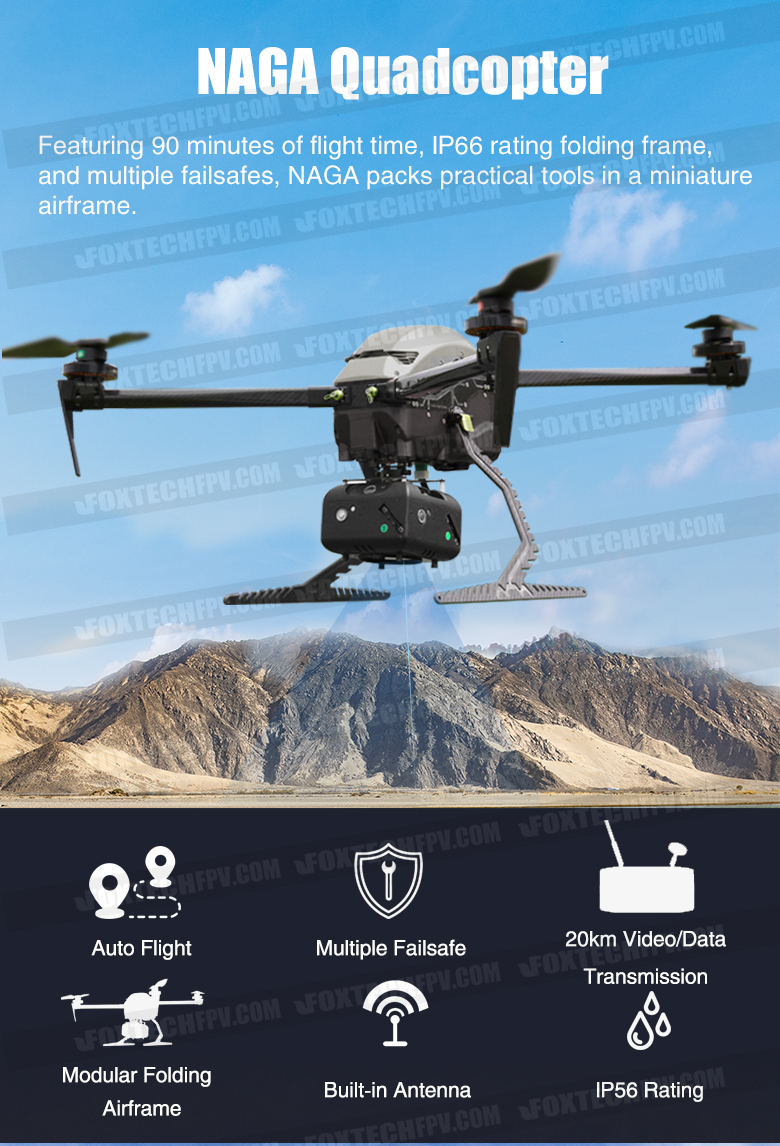 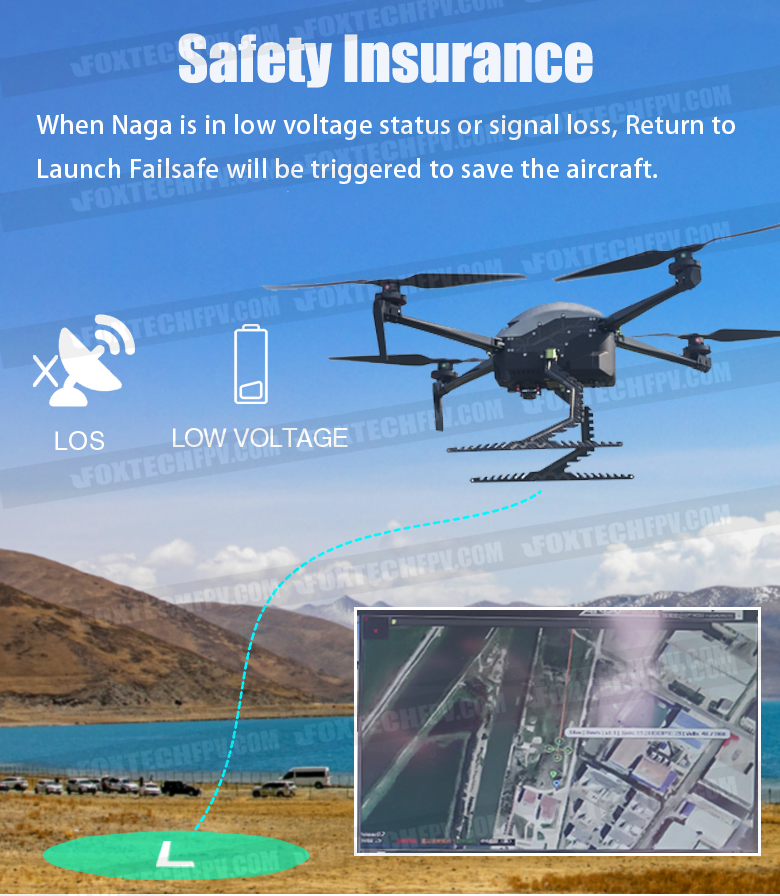 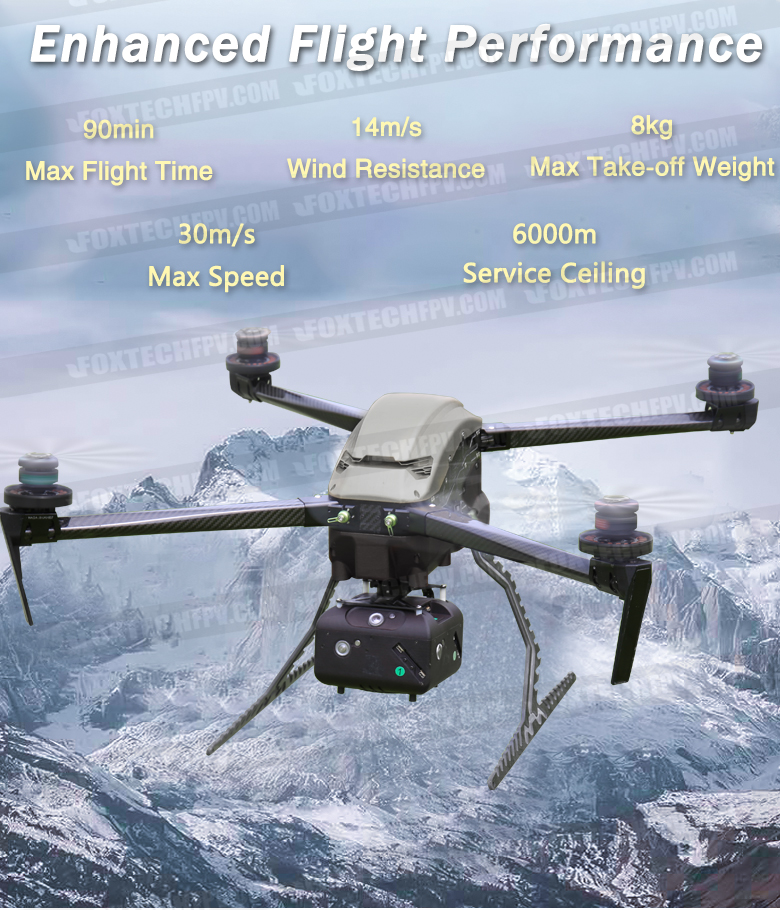 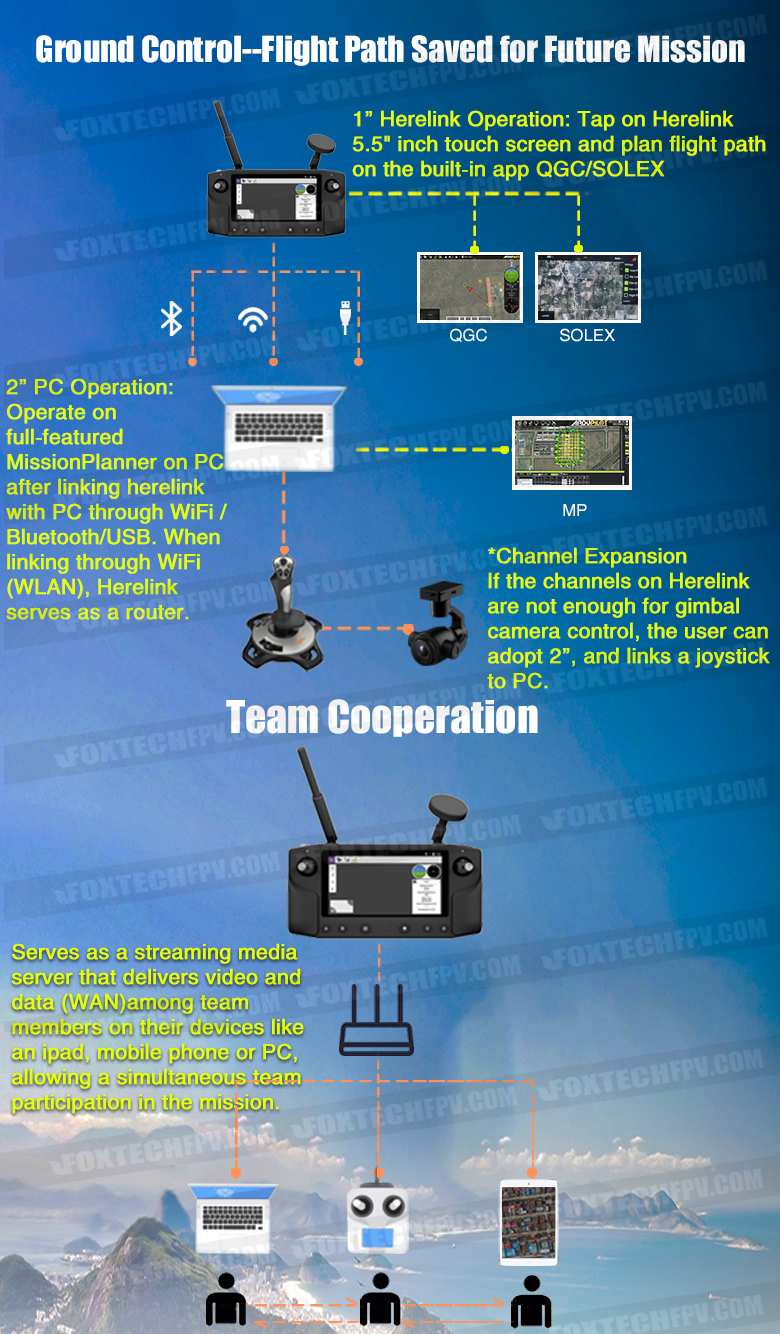 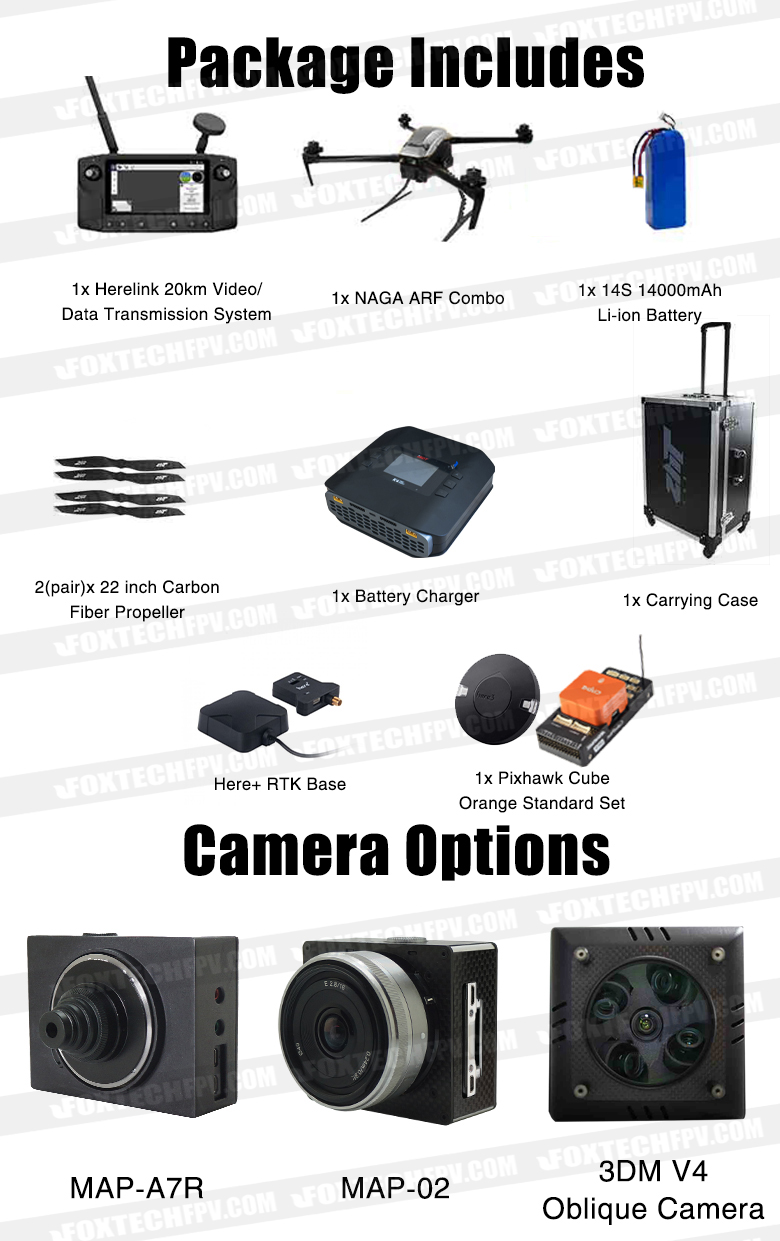 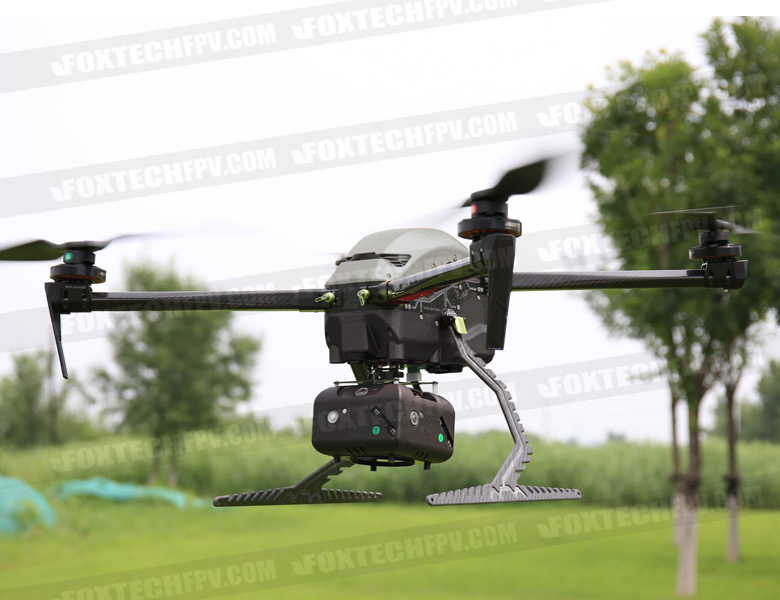