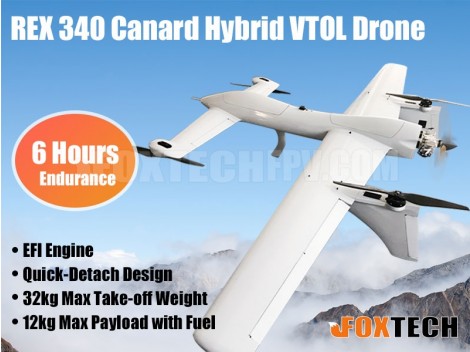 The REX 340 is a high-performance hybrid VTOL drone that can adapt to a variety of environments. The canard aerodynamic design is good for improving lift to enhance flight time, which also protects the drone from stall to ensure the flight safety. The auto switch between quad-rotor mode and fixed-wing mode not only enables REX 340 vertical take-off and landing without a special site in quad-rotor mode, but also has the characteristics of fixed-wing, such as long endurance, fast cruising speed, low-noise, etc.

The fuselage is made of carbon fiber material with 3368 wingspan, featuring lightweight, high strength, waterproof and anti-interference. A pair of propeller under the canard also reduces the weight of fuselage without a traditional lever. Unique modular quick-detach design allows the whole installation and debugging to be completed in less than 10 minutes. And a medium-sized SUV is large enough to transport all equipment.

The biggest highlight of REX 340 is the electronic fuel injection(EFI) Engine, which provides a more reliable and stable flight. The ignition timing and fuel supply is calculated precisely by ECU. The operation performance in cold areas can be effectively improved for low-temperature start function. And the fuel is completely burned at different altitudes serving to protect the engine.

Specifically designed the IMU integrated inner shock absorber structure for LEO-2 flight control system effectively reduces the impact of aircraft vibration to LEO-2. Temperature compensation range is from -15℃ to 85℃. Therefore, equipped with LEO 2 flight control system, REX 340 is able to keep steady flight attitude. The standard transmission distance of DA16S+ 16-channel radio controller is 8-10km. Coupled with USB to SBUS adapter hub, it can be increased to 45km, which is same as that of the DL900 datalink.

The most distinguishing characteristic of LEO FC and LEO-2 FC is that the LEO-2 is able to estimate yaw with two GPS module. Orientation accuracy can reach up to 0.2°.

REX 340 is a versatile platform with 32kg max. take-off weight and 12kg max. payload with fuel, which is enough to load SAR radar, lidar and various cameras, such as oblique cameras, gimbal cameras, hyperspectral cameras so that to provide solutions for a wide variety of scenarios, such as inspections, mapping and survey, traffic monitoring, search and rescue, logistics, etc. 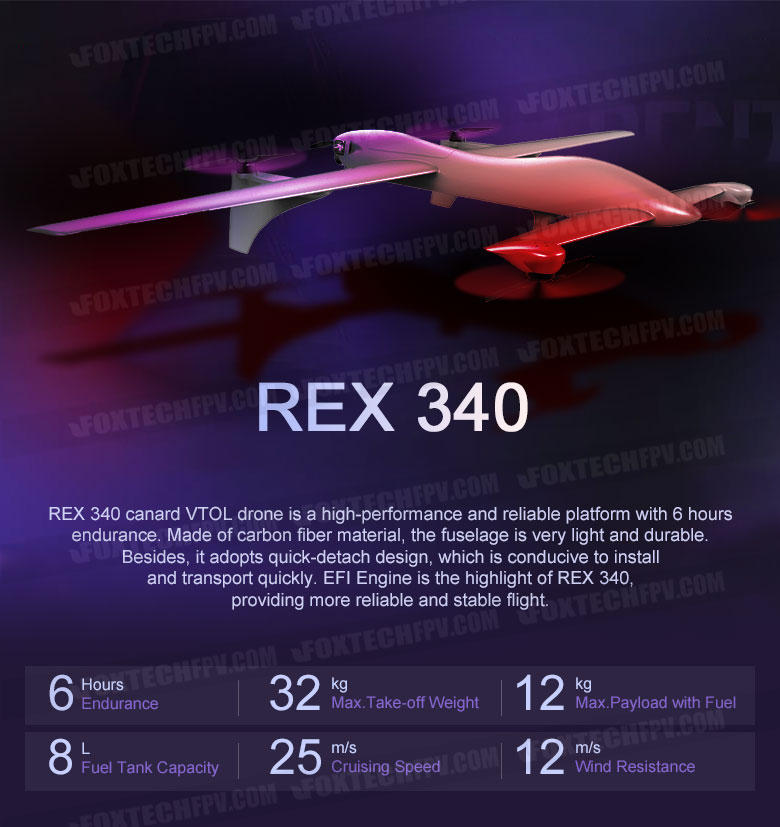 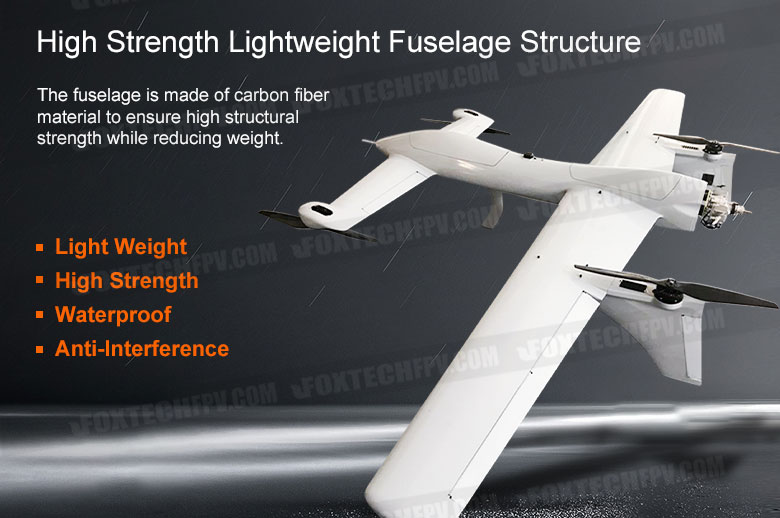 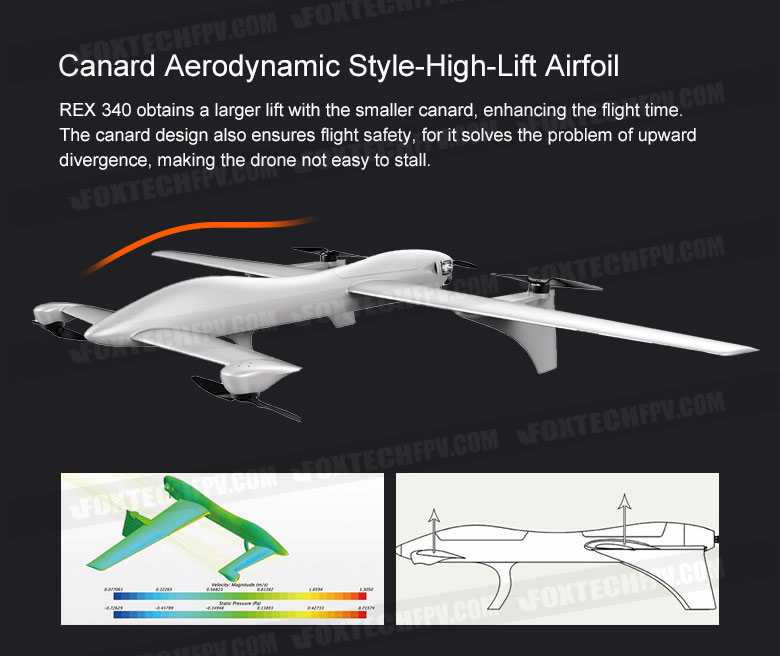 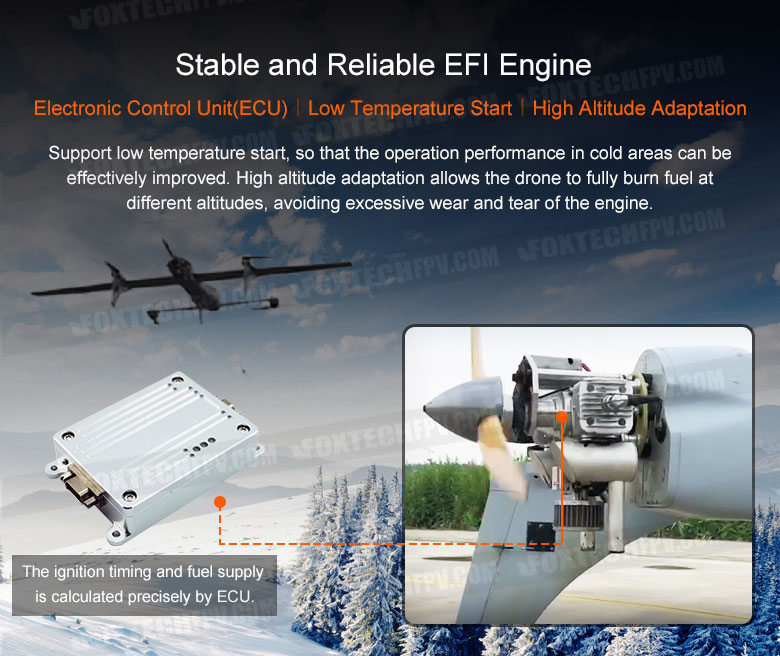 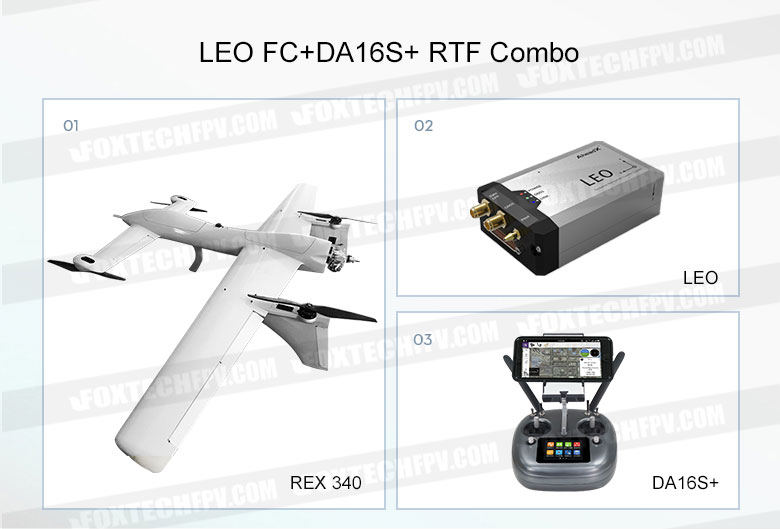 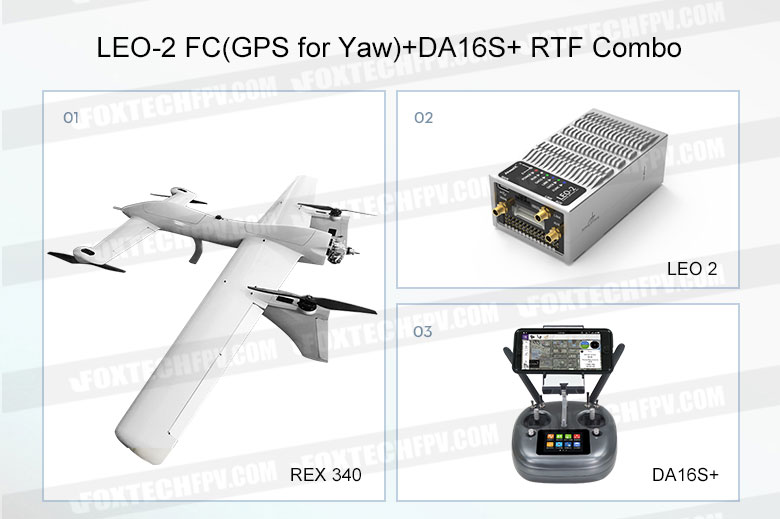 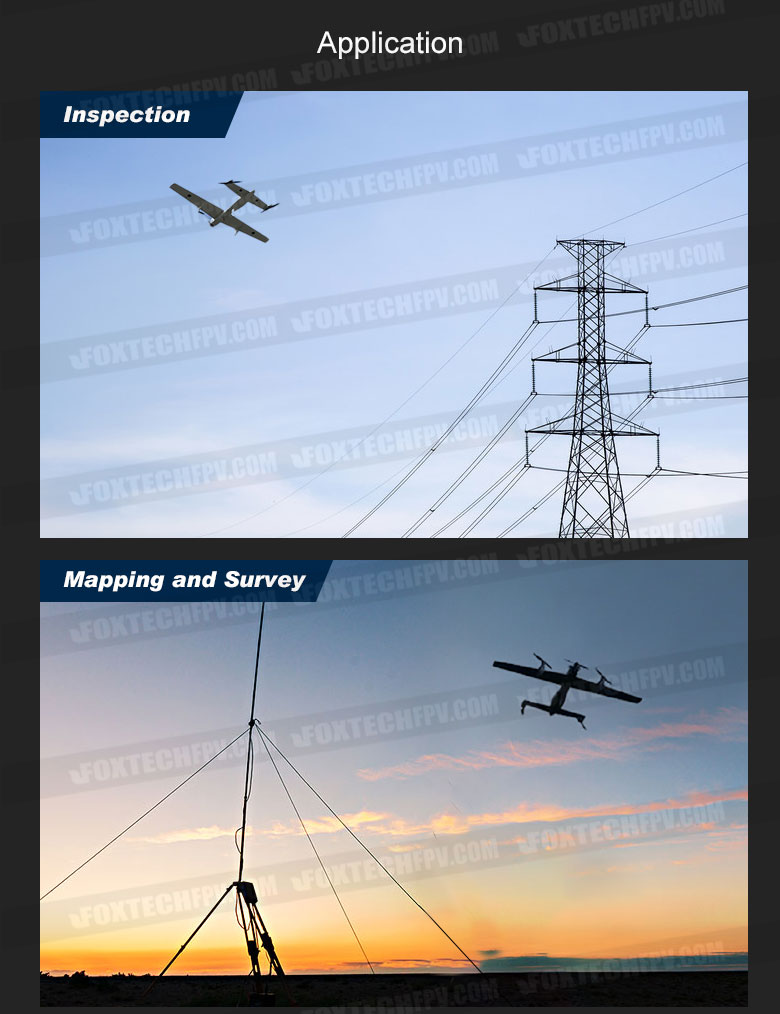 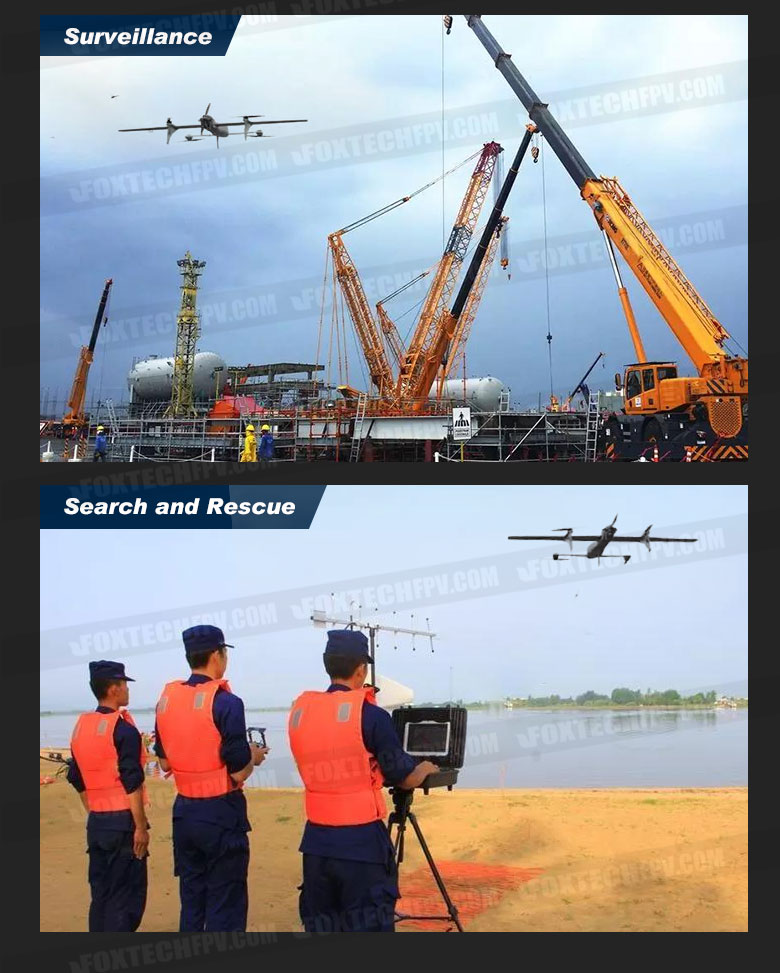 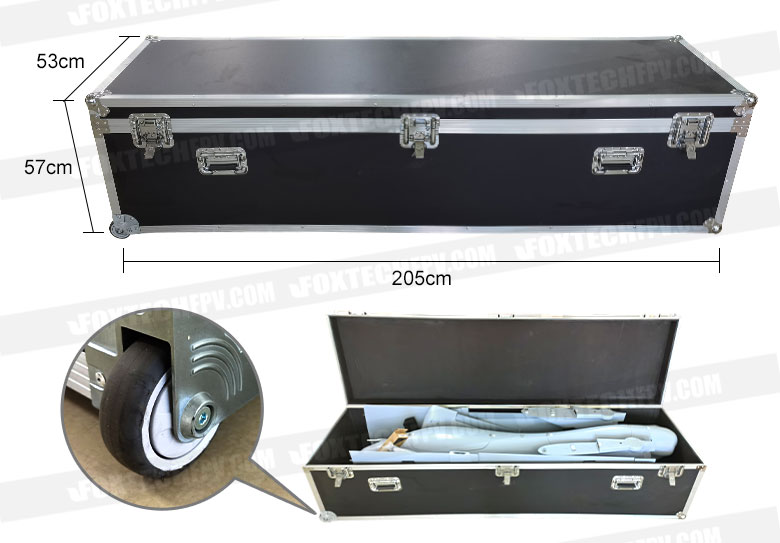