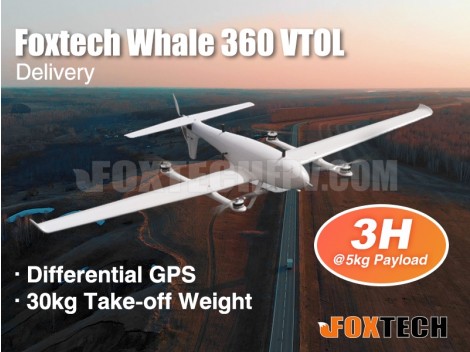 · Differential GPS(DGPS) features:
①High reliability, since they have redundancy when there is a failure of signal loss in one of the GPS modules.
②Attitude self-correction based in GPS.
③Enhanced accuracy through the distance between the two GPS antennas installed in the drone, which makes it possible to obtain a suitable navigation estimation from a minimum distance between GPS antennas of 50 cm.
④No need for the compass, so drones with dual GPS sensor can be used in situations with electromagnetic interferences, such as powerlines inspections, monitoring mining works in iron mines or other environments with strong electromagnetic fields.

· Heavy-Lift and Long-Endurance
With 3.6 meter wingspan, Whale 360 can load more payload and fly longer at the same time. The max take-off weight is about 30kg. Whale 360 can fly about 4h with 2kg payload or 3h with 5kg payload.
The cargo carrying box is made of composite material with high-strength, light weight and waterproof and dustproof. Its payload capacity is 5kg.
Low-wing design makes the most of its cabin space for flight controller, batteries or other equipments. 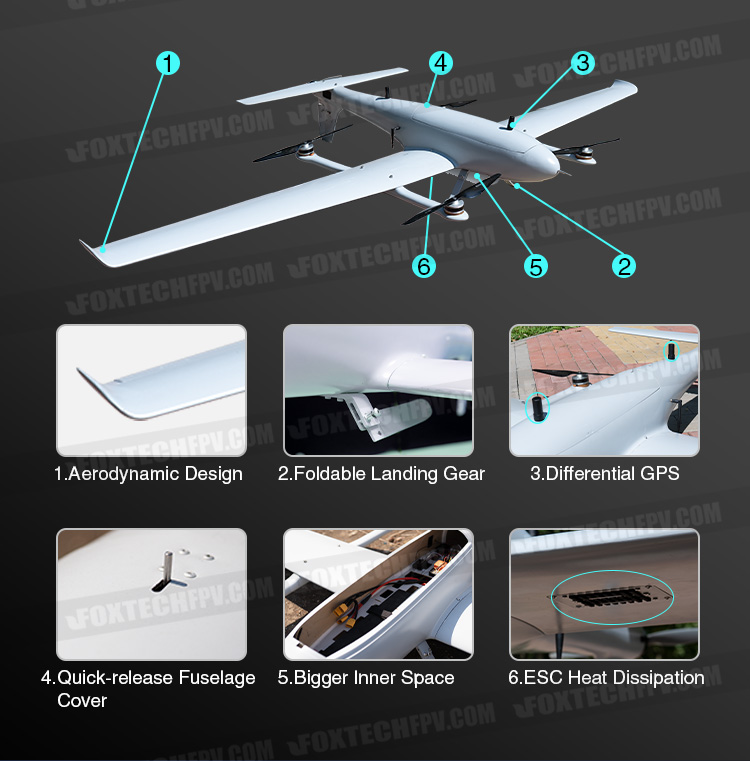 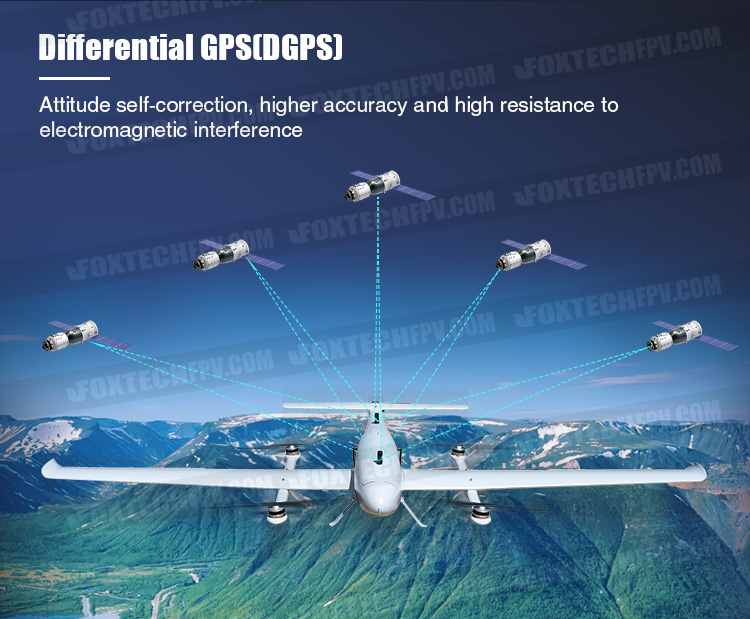 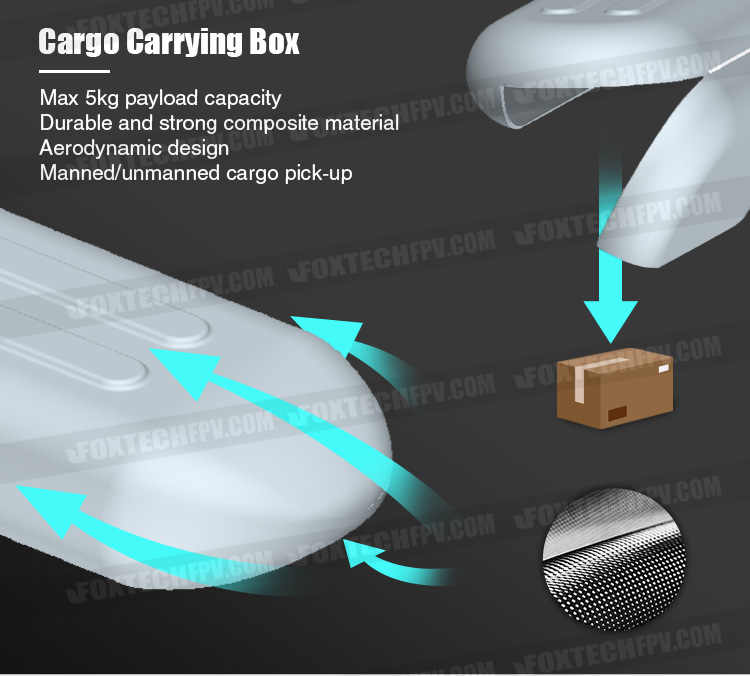 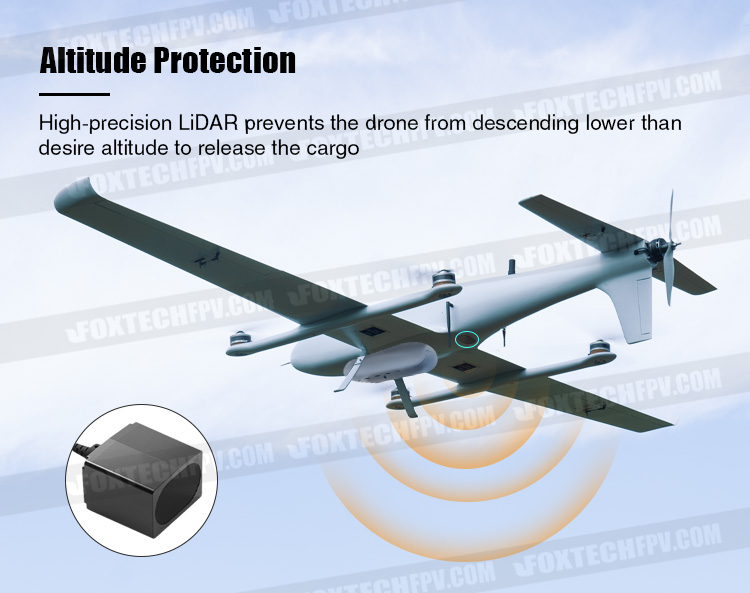 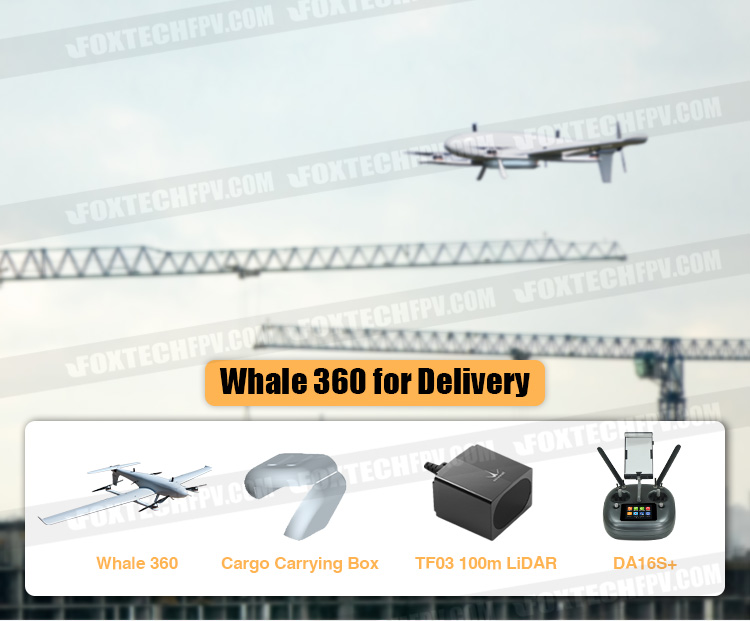 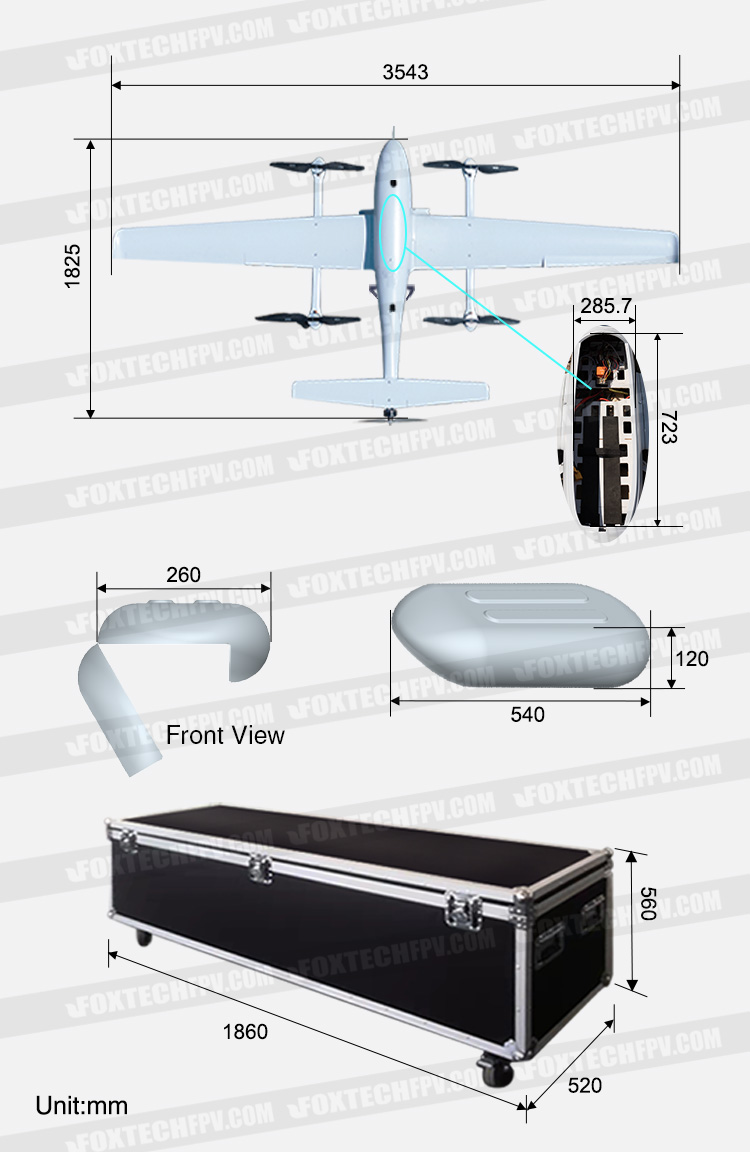 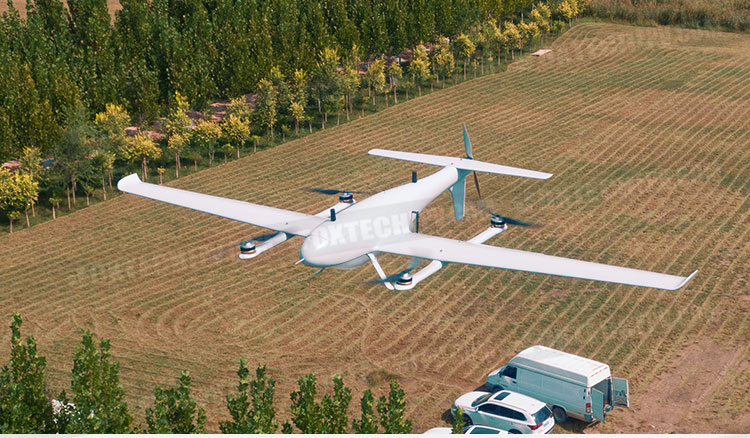 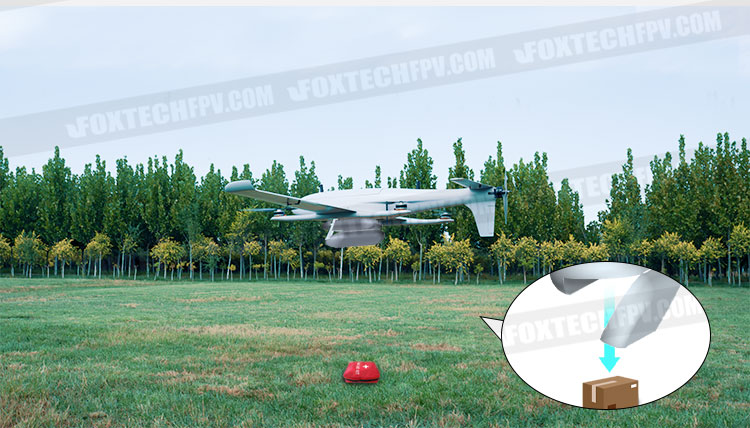 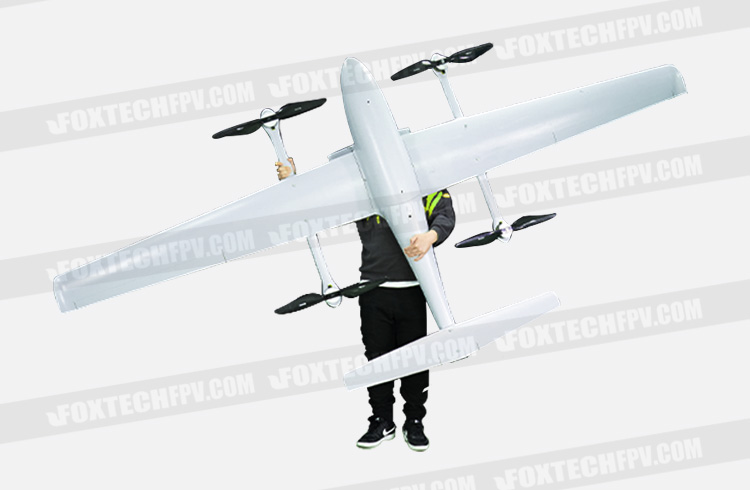